8:
At the plebiscite on 23 December 1990, the Slovenian nation clearly and decisively declared itself for the independent state of the Republic of Slovenia. Nevertheless, in the following months it faced strong opposition and obstacles in the part of the domestic post-communist political elite; as well as with opposition and threats from the federation and official abroad.

11:
Until the last moment, most foreign statesmen advocated the preservation of the unity of Yugoslavia (pictured: President of the ZIS SFRY Ante Markovič, Yugoslav Foreign Minister Budimir Lončar and US Secretary of State James Baker on 21 June 21 1991 in Belgrade).

12:
Even the information on the content of the strictly confidential proposal of the Constitutional Act on Independence was freely read by a member of the Presidency of the Republic of Slovenia, Ciril Zlobec, to the Italian diplomat.

16:
The Party of Democratic Renewal, led by Ciril Ribičič, which succeeded the League of Communists of Slovenia, had many concerns about Slovenia’s independence.

20:
Jaša Zlobec and Franco Juri (pictured with Ciril Ribičič and Lev Kreft), the most extreme opponents of the Assembly to all the necessary measures for independence, became ambassadors of the state they had opposed at its birth.

23:
In some Slovenian newspapers, various authors openly opposed Slovenian independence. You can find many articles about this in the White Book of Slovenian Independence – Oppositions, Obstacles, Betrayal. A special selection of these articles can also be viewed at the Museum of Slovenian Independence in Ljubljana (see pictures above). Efforts to gain independence were ridiculed by all Slovenian media controlled by the left, especially Mladina and Dnevnik. The “joke” with a black dot is from Mladina on 26 January 1990, edited by Miran Lesjak. Under the black dot, they cynically wrote in small letters: “Exercise 1: Look straight into the black dot for so long that you will see an independent Slovenia. Repeat the exercise every day.” Similar activities were carried out by LDS MP Franco Juri with his caricatures in Delo and later in Dnevnik.

25a:
On 27 April 2013, the entire Slovenian state leadership participated in the celebration in Ljubljana with communist scenography, which was completely reminiscent of the times when the totalitarian Socialist Federal Republic of Yugoslavia still existed.

25b:
The White Book of Slovenian Independence – Oppositions, Obstacles, Betrayal

25c:
The documents published in the anthology „War for Slovenia”, which follow each other in time, clearly show how the YPA aggression against Slovenia took place, how we defended and saved ourselves and defeated the Yugoslav Federal Army militarily

26b:
Captured members of YPA by provinces

26c:
Cross over members of YPA by provinces

27:
Number of all TO members, by days
27:
Confiscated war material in combat operations
27:
Infograf depicts the amount of armaments and military equipment confiscated in TO combat operations. In addition to the funds listed in the graph, between 26 June and 17 July 1991, the TO RS seized approximately 7 million pieces of ammunition for infantry weapons, 20,000 pieces of ammunition for various anti-armour and anti-aircraft weapons, approximately 400,000 tons of mines and small quantities of quartermaster’s, sanitary and ABKO equipment. These quantities do not include weapons and equipment confiscated by the police during hostilities.

28a:
Janez Janša as Prime Minister of the Republic of Slovenia upon his arrival at the main ceremony on the occasion of the Slovenian Army Day on 15 May 2021.

28b:
Thirty years after Slovenia’s independence, the Slovenian Army once again keeps in step with the times and is ready for several challenges of the present time.

31:
The locals near Komenda in Gorenjska are watching the soldiers of the aggressor YPA standing by the armored vehicles on 27 June 1991, at the beginning of the war for Slovenia.

32 (missing) & 33:
Snapshots from the operating room of the coordination group that led the defence of the Republic of Slovenia at the beginning of July 1991.

35:
The war left behind devastation, as well as joy over the successful defence of the young country and the homeland of Slovenia.

41:
Minister of Defence Janez Janša and Minister of the Interior Igor Bavčar during the war for Slovenia at the end of June or the beginning of July 1991 together with police special forces; the two ministers jointly headed the coordination group (body) of the Republic Secretariat for People’s Defence and the Republic Secretariat for Internal Affairs, which operationally led the defence of the Republic of Slovenia against the aggression of the Federal Yugoslav Army. With youthful energy, audacity, courage and strategic forethought, they outplayed the generals in Belgrade.

42:
The fatal schism in the nation, caused in the fratricidal war, was at least temporarily overcome at the time of independence due to the unifying policy of Demos and the great patience and state-building spirit of the people, such as Dr. Jože Pučnik; that is why Slovenians won the war for Slovenia in 1991 (Pictured: a member of the Territorial Defense of the Republic of Slovenia next to a seized tank of the Yugoslav Federal Army on which the Slovenian national flag is already flying.)

45:
Josip Broz Tito, the leader of the communist government of terror and the direct organizer of the massacre of tens of thousands without trial after the end of the war and revolution in Yugoslavia (pictured: shaking hands with Milan Kučan in the 1970s), is still relatively respected and esteemed throughout SE Europe.

46:
In the spring of 1988, when we were arrested by the communist political police (pictured: the arrest of Janez Janša on 31 May 1988) and then convicted in a closed trial without the right to a lawyer before the Military Court in Ljubljana, there were mass protests in Slovenia and the establishment of the Committee for the Protection of Human Rights, which grew to 100,000 members in two months.

49:
I watched the most fateful introductory events for Europe that spring and summer of 1989, which heralded the end of the Cold War and the fall of the Berlin Wall, from the Dob and Ig prisons. Solidarity’s victory in Poland’s otherwise limited free elections, the tumultuous congress of people’s deputies in Moscow, Gorbachev’s historic visits and meetings with Western representatives.

50:
The described situation in a peculiar way explains the oft-repeated thesis from the 1990s that „the Berlin Wall collapsed on both sides”. The author of this thesis is the former president of the Central Committee of the League of Communists of Slovenia and the Republic of Slovenia Milan Kučan (pictured during a conversation with Sonja Lokar at the congress of the League of Communists of Yugoslavia in Belgrade in January 1990).

53:
Stane Dolanc in the early 1990s (pictured in 1986 at the ZKS Congress): „We are lucky – and Milan Kučan knew how to use it, I hope, at least in time – that there was an autochthonous revolution in our country, which was not brought on Soviet bayonets. That is why this is something completely different in our country than in Poland, Czechoslovakia, Bulgaria, Romania or East Germany.”

54:
I see Jože Pučnik explaining to the Demos leadership just before the last test that we are committed to the plebiscite decision and that we will have to persevere at all costs” (in the picture: the leadership of Demos is looking forward to success at the plebiscite on the independence of the Republic of Slovenia at the Church of St. James above Medvode, 26 December 1990).

57:
Since the plebiscite in December 1990, independence has been constantly presented by the party of post-communist forces as a general reason for all possible problems (pictured: setting up the board of the new independent European state of the Republic of Slovenia at the end of June 1991).

58:
The book Premiki (Movements), published in the spring of 1992 (the third, supplemented edition in the picture), together with similar works by other actors of Slovenian independence, at least to some extent prevented the falsification of recent history and the final realization of Kucan’s thesis on „several truths”.

61:
Seeing only extreme nationalists in Miloševič and Mladic (in the picture together with Radovan Karadžic) is not enough. Something is missing, which could fully explain the incredibly brutal crimes in BiH, the Republic of Croatia and Kosovo. It is a blend of nationalism and communist ideology that was obvious.

62:
After the democratic changes in Slovenia in 1990, over 600 mass graves were discovered in an area of more than 20,000 km² inhabited by 2 million people, many of which are larger than the one in Srebrenica (pictured: skeletons of those killed in Huda jama).

65:
When asked how he would comment on the discovery of the Huda jama mass grave with thousands of unburied corpses on national TV the then President of the Republic Danilo Türk, elected with the support of the left post-communist parties, said that this was a secondary issue and that he would not comment.

66:
After the end of his third term as President of the Republic of Slovenia, Milan Kučan founded Forum 21 in 2004, which, with a few exceptions, brought together people who have become extremely rich in the last decade and now own some of Slovenia’s largest companies.

69a:
The initially promising reconciliation process turned into its opposite and reached an infamous end at the end of April 2013 in Stožice, where the entire Slovenian state leadership in the hall, a symbol of gross crony capitalism, stood singing the Communist International. Not to mention the celebration of communist revolutionaries and assassins like Che Guevara.

70:
The transitional left, which, due to the privileges and burdens of ideological and often physical fathers with fraternal blood and stolen property, fails to step out of these pernicious frameworks, can only maintain its ideological base with a large-scale propaganda machine that requires great effort and huge financial resources. It still controls most of the Slovenian media today.

72:
Janez Janša, Prime Minister of the Republic of Slovenia

76a:
On Palm Sunday, 8 April 1990, the first democratic elections after the Second World War took place in Slovenia. The second round of elections was held on 22 April 1990 (in the picture: Demos president Jože Pučnik at the polls).

76b:
The first democratically elected Slovenian government after the Second World War was confirmed in the Slovenian Assembly on 16 May 1990. The main goal of the Demos government was the independence of the Republic of Slovenia.

77a:
The decision for the plebiscite on the independence of the Republic of Slovenia was made under the leadership of dr. Jože Pučnik at the conference of the Demos Club of Deputies in Poljče on 9 November 1990. The date of the plebiscite was set for 23 December 1990.

77b:
On the day of the plebiscite on 23 December 1990, 1,289,369 or 88.5 percent of eligible voters circled the word YES on the ballot, which meant that they were for the independent Republic of Slovenia (pictured: President of the Demos independence government Lojze Peterle).

78:
On 25 June 1991, at a solemn session, the Assembly of the Republic of Slovenia adopted independence documents, on the basis of which the Slovenian republican bodies began to take over the functions of the disintegrating Socialist Federal Republic of Yugoslavia.

80a:
The solemn proclamation of the independence of the Republic of Slovenia took place on 25 June 1991 on the Trg republike. Slovenia has become an independent and sovereign state. There was no going back, and the path to a new life was immediately prevented by the YPA aggression.

80b:
The aggression against Slovenia was carried out by YPA units and commands on 26 and 27 June 1991 (in the picture: the penetration of YPA units towards the border crossing with Italy on June 27, 1991), but they quickly faced strong resistance from the Slovenian armed forces defending their attacked homeland – the Republic of Slovenia.

81:
Every day, the war for Slovenia discovered thousands of heroes in the Slovenian nation, boys and men who overcame their fear of love for their homeland. They took up arms to defend their home, their faith, and their laws, Slovenia. They did an excellent job (pictured: a member of the Territorial Defence of the Republic of Slovenia on a seized YPA tank).

82:
I wish that on the occasion of our biggest holiday, Slovenian flags flutter proudly in honor of our beloved homeland and that in the summer days ahead, we discover its hitherto hidden beauties and realize how magical it is. Born in the sound of bells, given by God. Created for us. All the best, Slovenia! 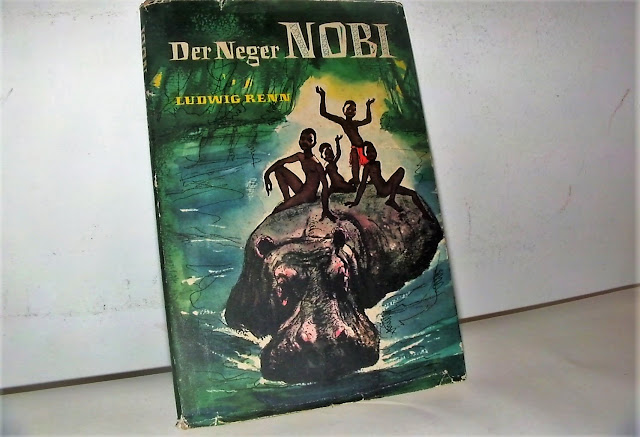 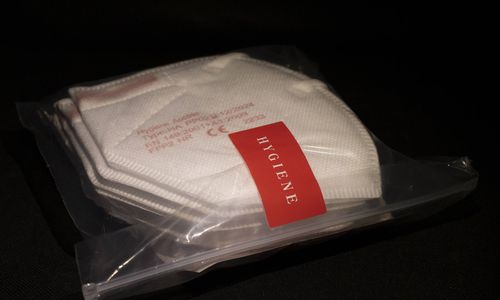 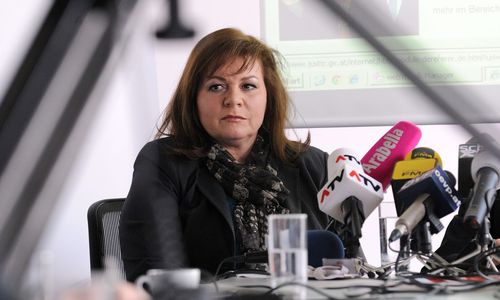 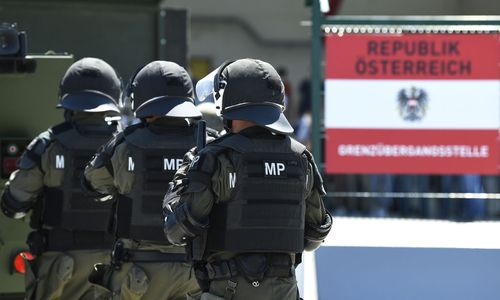 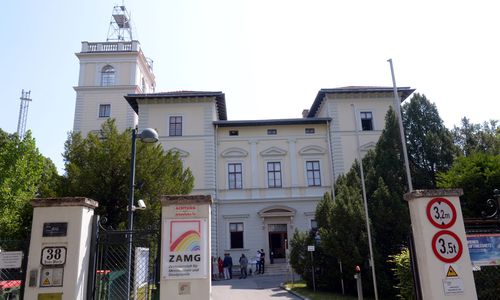 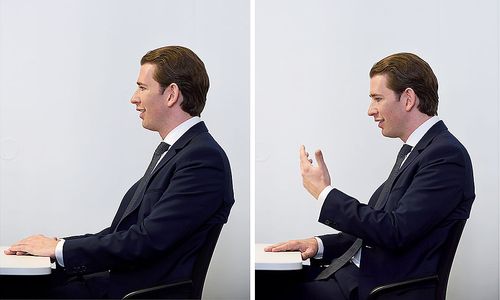 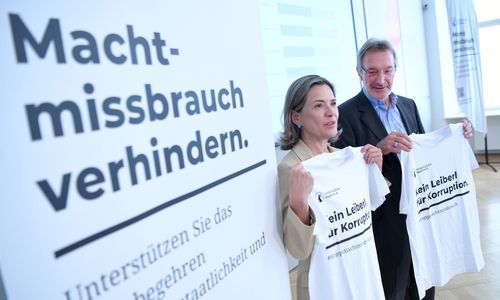 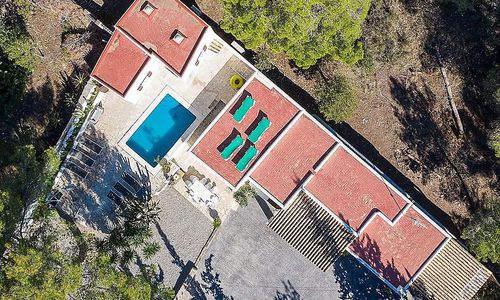 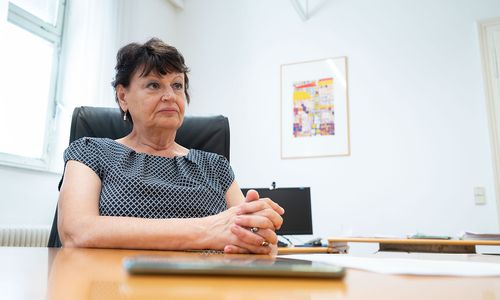 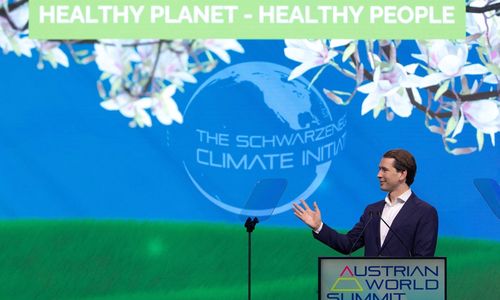 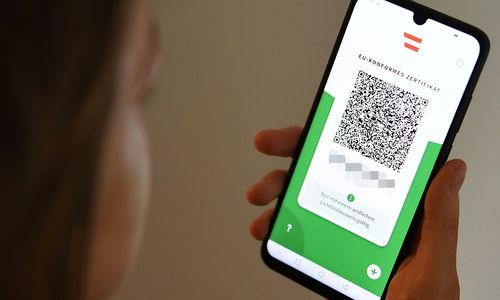 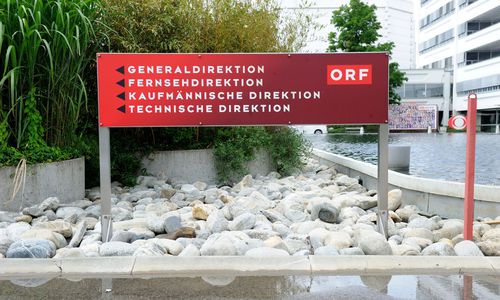 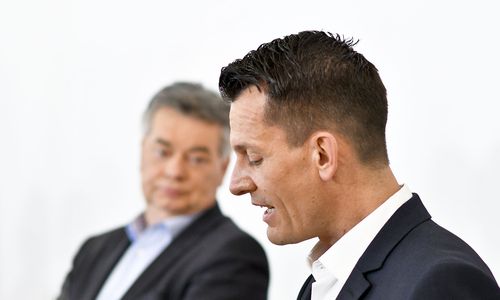 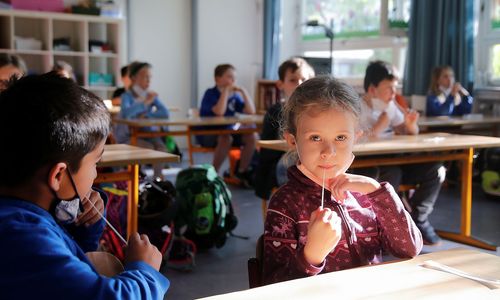 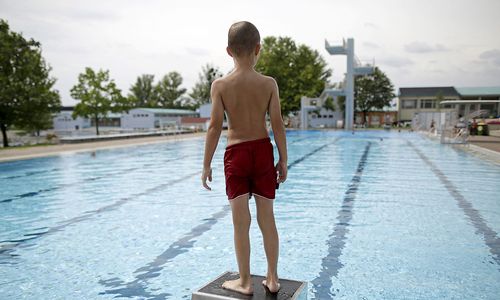 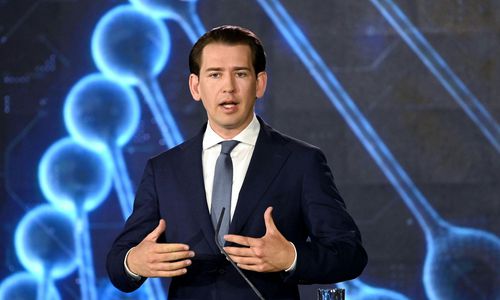